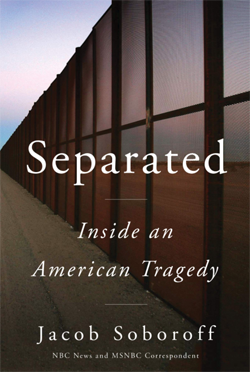 The book ‘Separated – Inside an American Tragedy’ written by Jacob Soboroff was just released today.  The policy of separating children from their families became public in June 2018, but had been going on secretly for several months before.  The devastating impact on the  families who came to the US seeking asylum and the trauma […]

Read More… from Separated – Inside an American Tragedy